[This document, untitled, undated, and unsigned, is almost certainly by Paul de Man, and dates from around 1975. It proposes a new undergraduate course for the Literature Major for "the Fall or latest the Spring semester of 1976"; a handwritten correction to this phrase changes "1976" to "1977," and inserts "of 1976" after "Fall."  The course actually debuted in the spring of 1977, team-taught by Paul de Man and Geoffrey Hartman. For more on the Literature Major at Yale and the importance of "Literature Z" as an institutional support for rhetorical reading, see the headnote to Appendix I.  This document is published here with the kind permission of the Yale Comparative Literature Department.  Many thanks to Peter Brooks for making the document available to me, and to David Quint, Chair of Comparative Literature, for approving its publication. A copy of this document has been donated to the Paul de Man archive at the University of California, Irvine.] 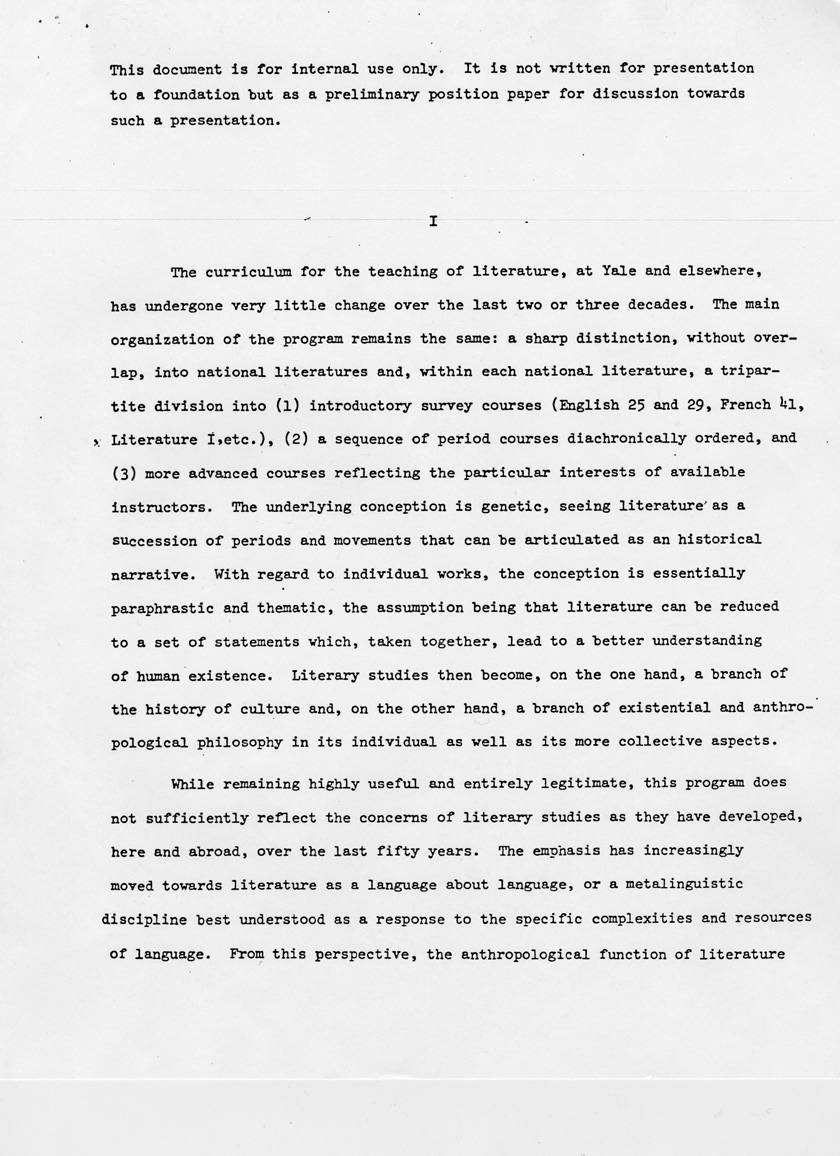 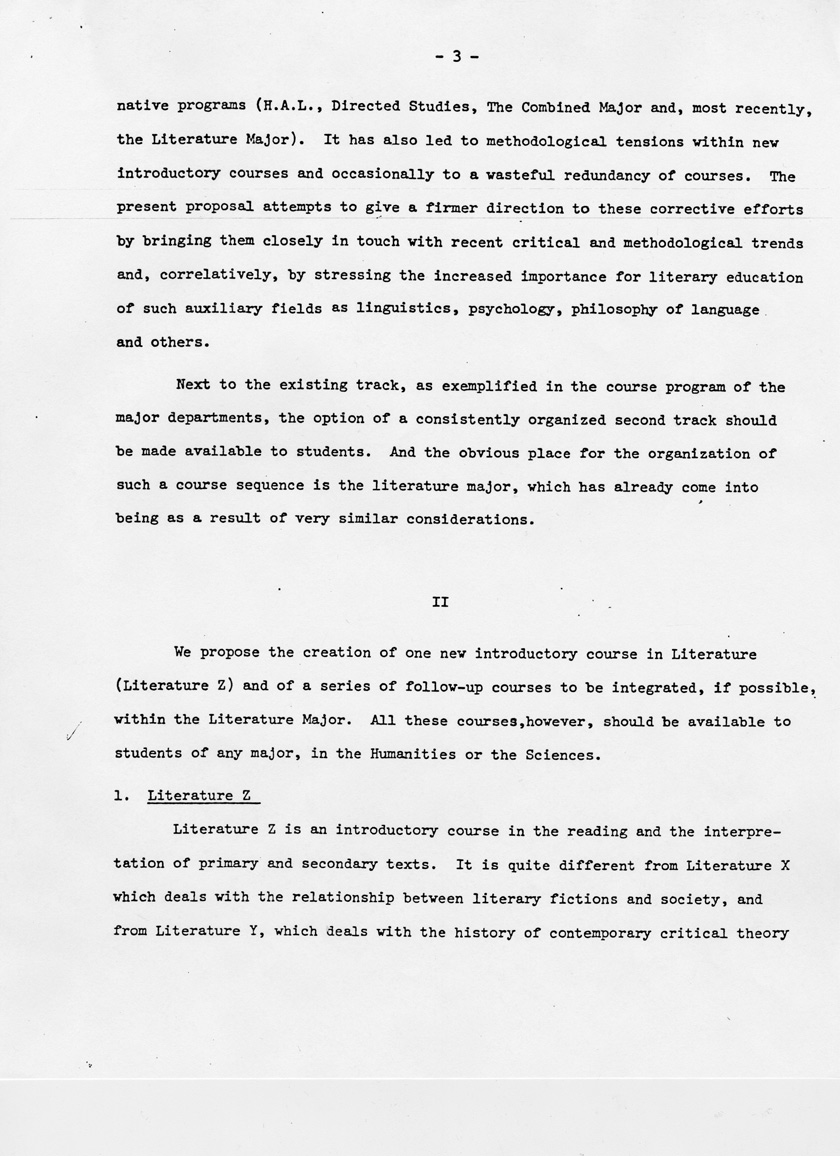 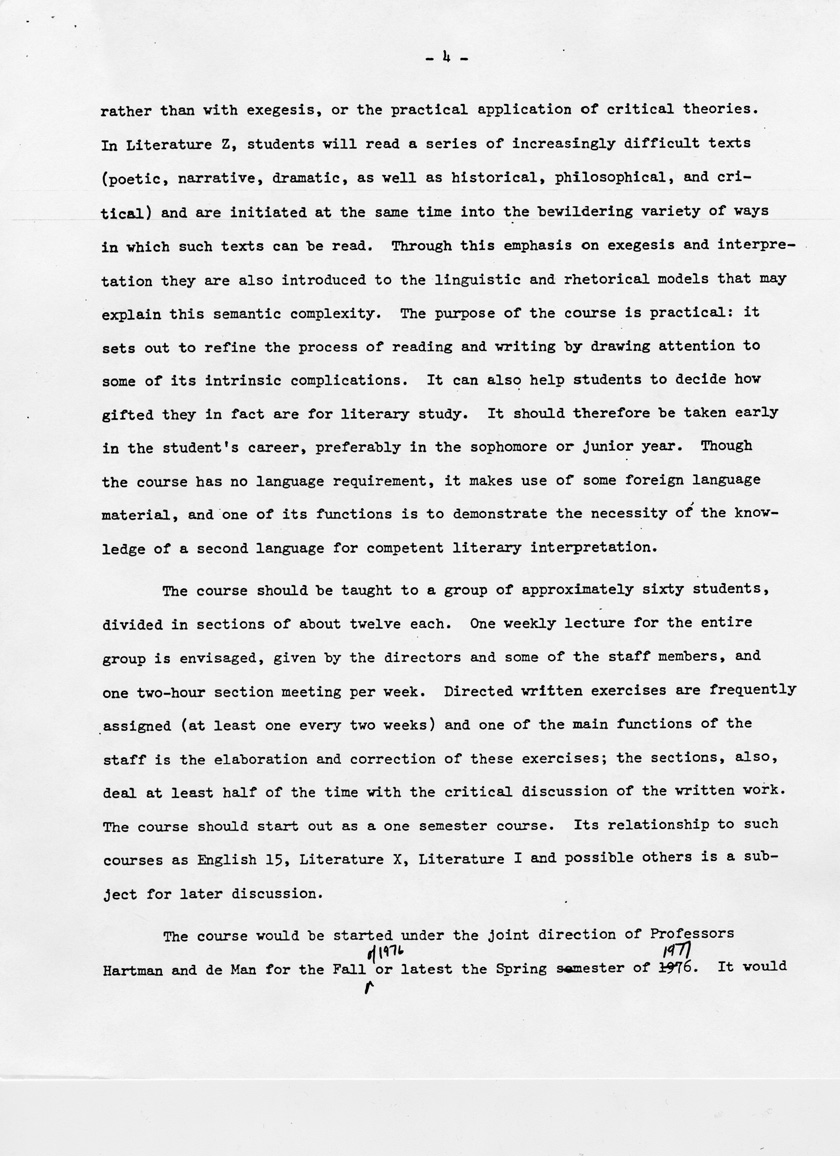 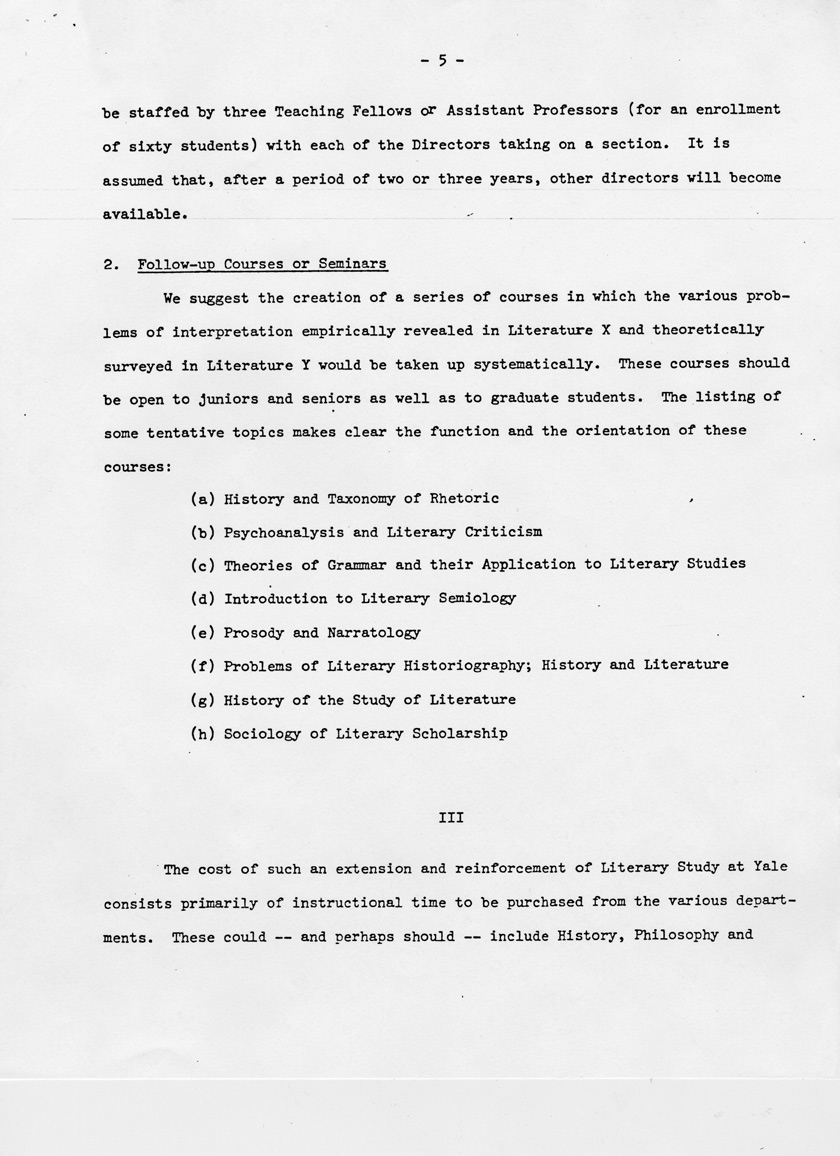 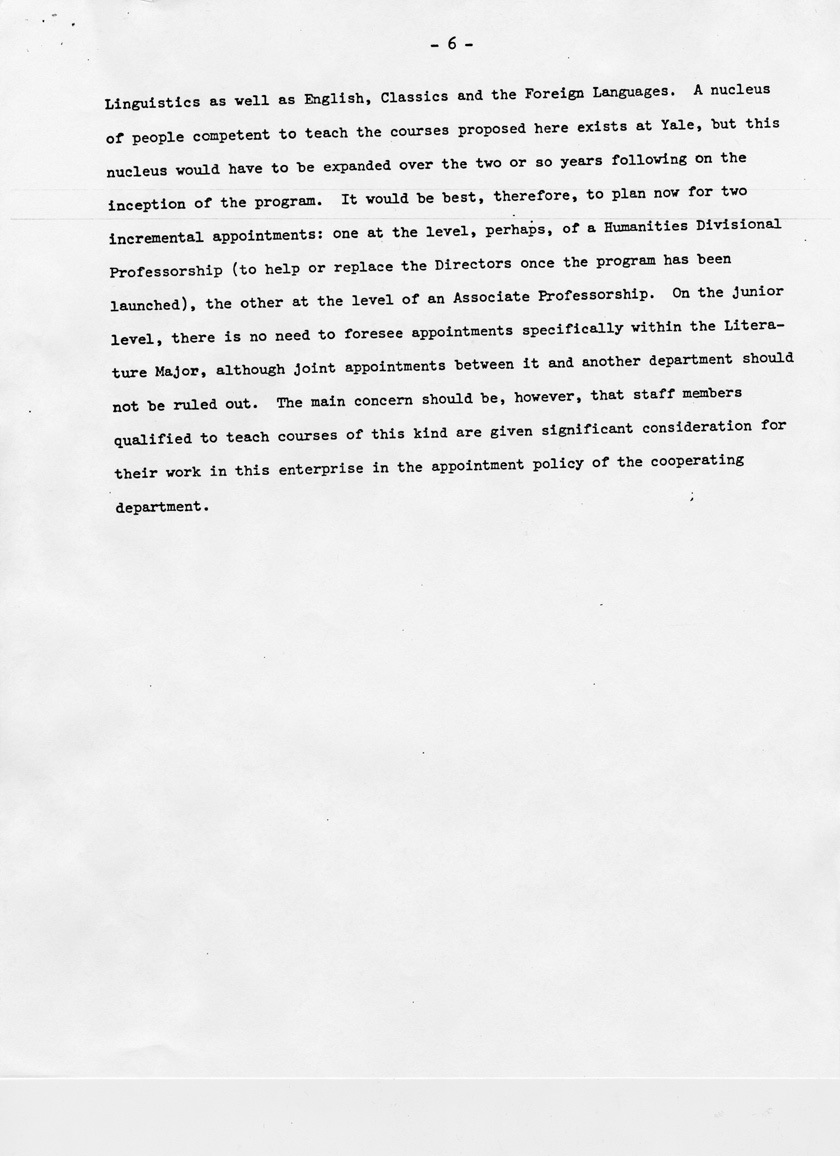