This survey chapter is an excellent starting point for considering the vexed history of the relation between the two terms, and it covers numerous European authors in a clear and engaging way. As the author of the important work Preromanticism (Stanford University Press, 1993), Brown is particularly interested in the darkness of style and vocational doubts of mid- to late-eighteenth century poets. His emphasis, as in his earlier study, is on the continuities and the dialectical relationship between his key terms; he concludes, with qualification, that ‘Romanticism was the revolutionary reawakening of Enlightenment’ (p.54). 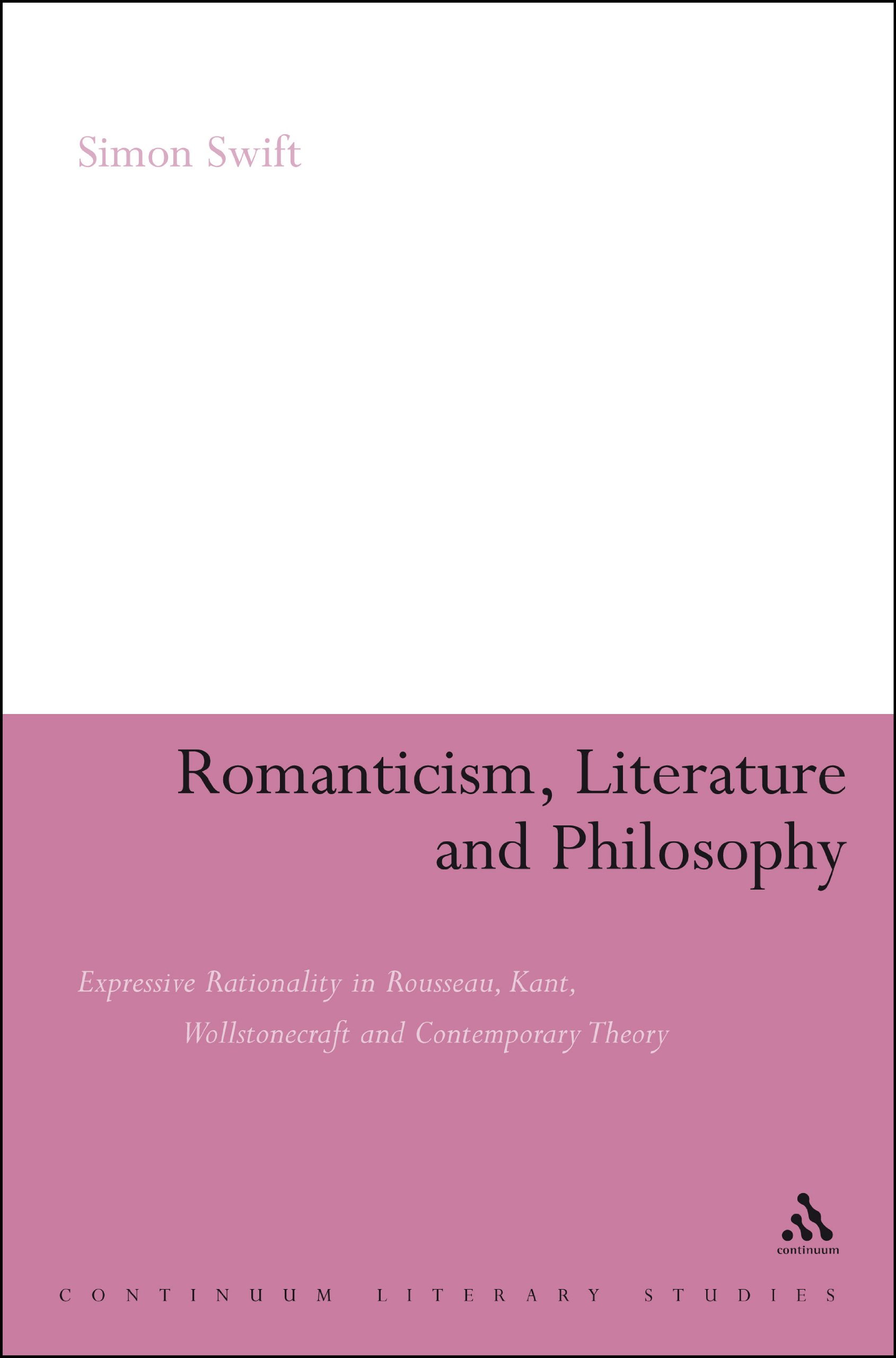 Simon Swift's original, challenging and subtle study is a key work for anyone wishing to explore the idea of 'reason' in Romanticism. Like Nancy Yousef, though drawing from a very different set of theoretical resources, Swift is particularly interested in the emotional ‘needs’ that rationality may disavow or avow. Focusing on three major Enlightenment philosophers - Jean-Jacques Rousseau, Immanuel Kant and Mary Wollstonecraft - as well as their modern and postmodern interlocutors - Paul de Man, Gayatri Spivak and Jurgen Habermas - the book marshals a strong defence of Enlightenment rationality and its capacity to encounter imaginative and political 'difference'. Particular features of the book include a stunning explanation of the trope of 'modesty' in philosophy, and the synthesis of a wealth of insights from contemporary, mainly American philosophical criticism.

3. Frances Ferguson, Pornography: The Theory, or what Utilitarianism did to Action (Chicago: University of Chicago Press, 2004)

This is an untypical yet unforgettable study, which, despite being focused not on Romantic literature, but on sex in Sade, Flaubert, DH Lawrence and Brett Easton-Ellis, offers nonetheless a most insightful perspective on late eighteenth-century social theory and highly original way to think about continuities and discursive breaks. Utilitarianism has not attracted a huge amount of literary-critical interest, beyond references to Foucault's influential appropriation of Bentham's Panopticon. Yet utilitarianism was arguably the key output of the Anglophone Enlightenment, and Ferguson shows its structures to be central to the modern social imagination.

Yousef's study focuses on the way that the achievement of individual autonomy (often seen as core to Enlightenment thought) must involve a forgetting of our original infant dependence and neediness. She sets up a context of canonical French and Scottish Enlightenment thinkers, informed by psychoanalysis and contemporary philosophy (Annette Baier, Tzvetan Todorov, Seyla Benhabib). She goes on to present readings of four key literary-philosophical texts by Rousseau, Wordsworth, Mary Shelley and J.S. Mill, showing that they ‘repudiate’ the fantasy of individual autonomy. In line with the claims by Marshall Brown, she sees their Romanticism as a mode of refining and subsuming problems posed by Enlightenment thinkers.

Trying to get a hold of the concept of the 'sublime' can feel at times feel like being lost in those very same high, shadowy mountains of which eighteenth-century art was so fond. There are myriad, competing definitions of the term and a huge body of theoretical twentieth-century analysis, especially on Kant's Third Critique. Nonetheless, the sublime is an indispensable notion for understanding how ideas of emotion, epistemology and subjectivity travel through the long eighteenth century, as well as the webs between English and German philosophy. Ashfield and de Bolla's reader remains one of the best guides through the crags. It opens with an introduction in which the 'discourse of the sublime' is said to be a 'technique of the subject' (condensing the argument of de Bolla's 1989 study, The Discourse of the Sublime), before offering key extracts from John Dennis (1696) through to Helen Maria Williams (1798).

The writing, art and lives of women in the late eighteenth century may unsettle any pat account of a shift from Enlightenment to Romanticism. Eger’s meticulous and compelling historical-biographical study takes Richard Samuel’s 1779 group portrait, ‘The Nine Living Muses of Great Britain’, as a starting point to consider the real and symbolic presence of women in the formation of a national literature and culture. The ‘women of reason’ include Elizabeth Carter, Anna Barbauld, Elizabeth Sheridan, Hannah More, Charlotte Lennox, Angelica Kauffman, Catharine Macaulay, Elizabeth Griffin, and are presided over by society hostess and literary patron Elizabeth Montagu. These proud intellectuals, witnessed at a moment before the nineteenth-century excoriation of ‘bluestockings’, are increasingly recognised by other scholars as having a crucial role in the intellectual and literary style of the turn of the century. 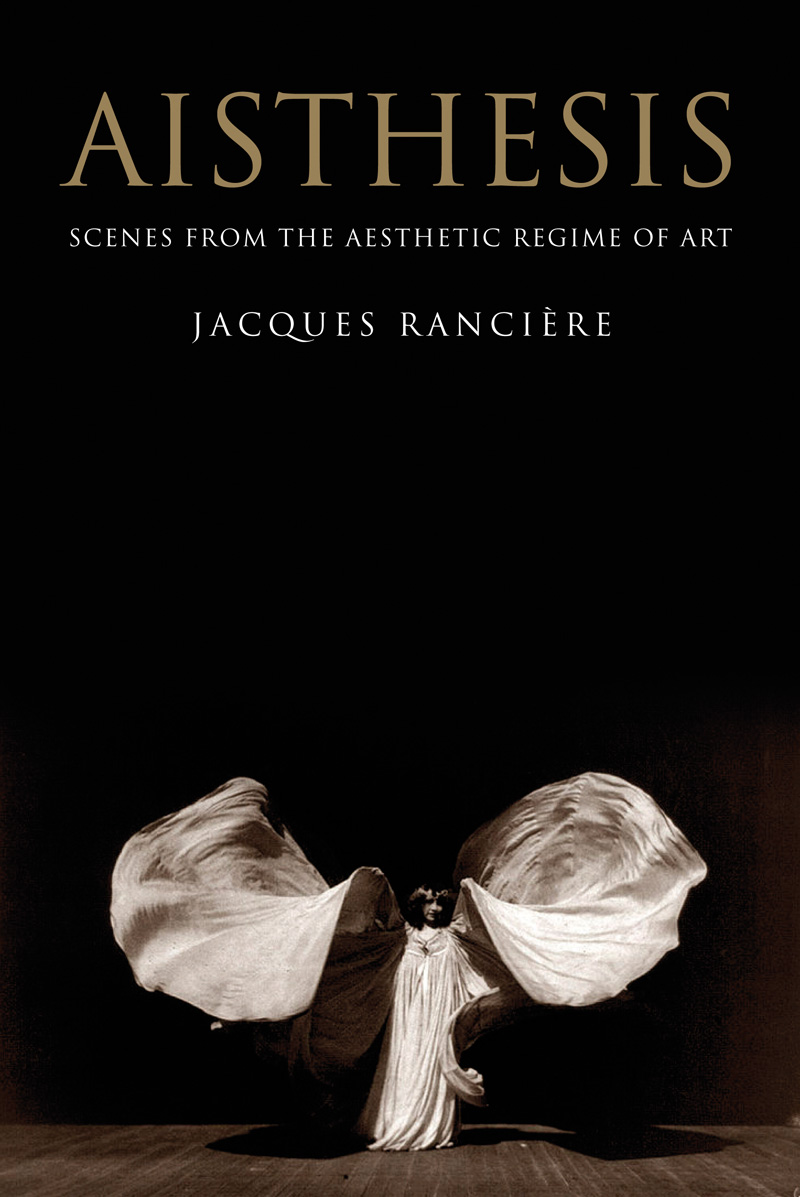 Whilst this book does not avow a particular interest in either of the terms ‘Enlightenment’ or ‘Romanticism’, and indeed pretty much skips the entire historical period from the 1770s-1820s, the introduction and early chapters may be of great interest to scholars of Romanticism. Rancière moves chronologically through fourteen discrete ‘scenes’ (readings of a piece of art or literary criticism) in what he calls ‘the aesthetic regime of art’, which start with Winckelmann’s 1764 veneration of the Belvedere Apollo. The chief argument in this enormously rich and thought-provoking book is that there is indeed an aesthetic revolution in the late eighteenth century, a shift in the experience of sensibility, which precedes and makes possible any social revolution because of the way that art is about real people and collective freedom. In some ways the book asserts a defiant Romanticism against the old ‘representative system’ (of harmony, proportion), and foregrounds ideas of passivity and non-action that have been the focus of many fascinating recent Romantic-studies works (e.g. by Anne-Lise Francois and Richard Adelman).