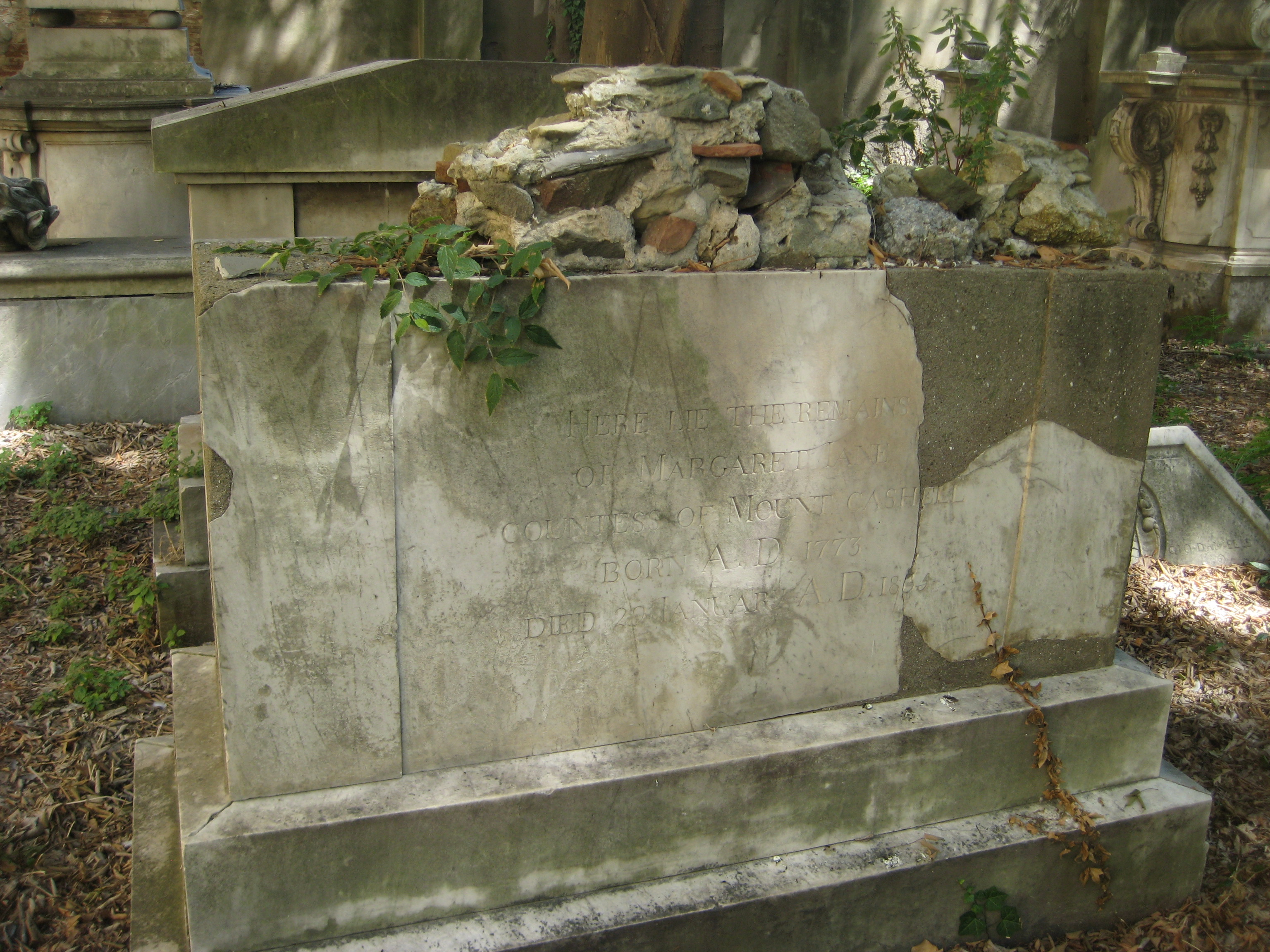 Romantic Circles recently received a correspondence alerting us to the state of disrepair into which the headstone of Margaret King Countess Mount Cashell, a pupil of Mary Wollstonecraft and friend to Mary Shelley, has fallen (see photo). Buried next to her husband, George Tighe, in the Old English Cemetery at Leghorn in Livorno, Italy, King's grave site, along with most others in the cemetery were, until recently, covered with vegetation, earth, and roots. A group of volunteers began cleanup of the entire cemetery last year. The graves span the years 1600 to 1838 when the cemetery was closed. The chief volunteer, Matteo Giunti maintains a blog chronicling their restoration efforts.

More information about King can be found on her Wikipedia entry.