This colloquium - looking at both Darwins in connection with literature - will take place at the University of Roehampton (SW London) on 4 September, 2015. For programme of speakers, directions and details of registration, please follow this link:

On the occasion of the bicentenary of the Battle of Waterloo, the Centre for Reception Studies (http://www.receptionstudies.be) of the KU Leuven (University of Leuven) organizes an international conference on "The Transnational Reception of Waterloo in the 19th Century" on 18 and 19 June 2015 (200 years to the day of the Battle).

Hosted by The Graduate Center of the City University of New York
at The Heyman Center, Columbia University

The Keats Foundation announces its second bicentenary conference, to be held from the afternoon of Friday 1 until the evening of Sunday 3 May 2015 at Guy’s Hospital London. The conference marks the 200th anniversary of John Keats enrolling to study medicine at Guy’s Hospital in 1815.

Just a brief reminder and encouragement to submit materials to this year's NASSR/Romantic Circles Pedagogy Contest.

The contest was started at last year's NASSR Conference as a way of encouraging and highlighting the many teaching innovations occurring in our field. The finalists' panel at the conference yielded a rich and helpful conversation about Romantic pedagogy. 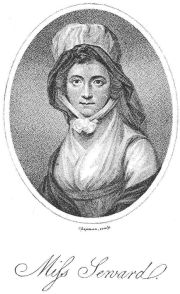 We invite proposals for an international Romanticism conference, to be
held at the University of Tokyo on June 13–15, 2014. This event will
bring together four scholarly societies from three continents: it is a
supernumerary conference of the North American Society for the Study
of Romanticism (NASSR), also supported by the British Association for
Romantic Studies (BARS), the German Society for English Romanticism
(GER), and the Japan Association of English Romanticism (JAER).

BYRON: the poetry of politics and the politics of poetry
The 39th International Byron Conference

Katherine Singer, former site manager at Romantic Circles, and Nanora Sweet, a former electronic edition editor, have just issued a call for submissions to a special issue of Women's Writing entitled, Beyond Domesticity: Heman's in the Wider World.

Beyond Domesticity: Hemans in the Wider World
A Special Issue of Women’s Writing