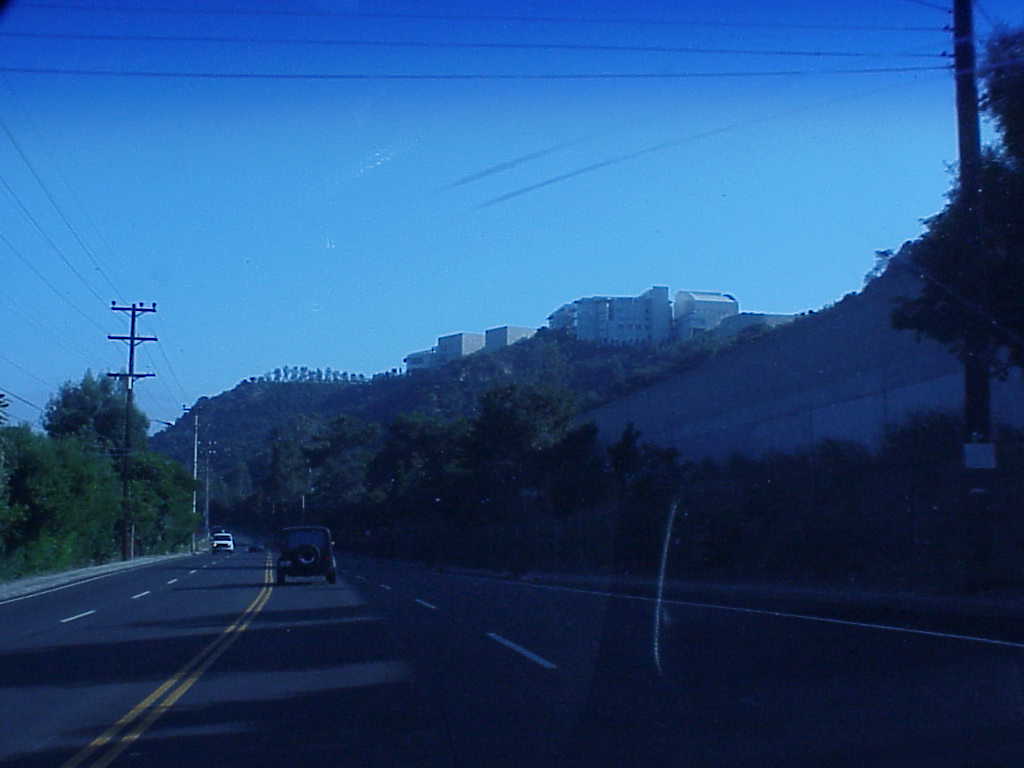 [left] A Mural from South Central Los Angeles: ‘Riot is the language of the unheard.’
[right] Approaching the Getty Museum (courtesy of Elizabeth N. Leatherbury)

For accounts of the struggle to extend the Living Wage to Hopkins from the point of view of the Student-Labor Action Coalition and its allies, see: slac.members.easyspace.com. For the administration's official response — though those on the other side do not agree to the administration's claims that it has instituted a Living Wage see http://www.jhu.edu/~gazette/1999/mar0899/08letter.html and http://www.jhu.edu/~gazette/2000/mar2000/20slac.html. For a recent editorial in Baltimore's City Paper, see http://www.citypaper.com/2000-10-04/nose.html. For Baltimoreans United in Leadership Development (BUILD), a member of the Industrial Areas Foundation that was instrumental in establishing the nation's first Living Wage ordinance, among other accomplishments, see their website: http://www.buildiaf.org/.

Finding Romantic Commonplaces: A Dialogue with Jerome Christensen
About this Page
Abstract
About the Author(s)