Skip to main content
Romantic Circles has moved! It also has a new look. Find out more about our move, redesign, and plans for the future here.
This evolving bibliography collects media that represent Romantic-era works and historical figures in fictional contexts. We welcome feedback and additions from the RC community.

"Jane Hayes, a single 30-something who has always harbored a not-so-secret love of all things Austen, blows her life savings on a stay at Austenland, an immersive Jane Austen-themed resort." -Wikipedia

Based on Shannon Hale's 2007 novel of the same name.

"A biographical portrait of a pre-fame Jane Austen and her romance with a young Irishman." Blackenstein, also known as Black Frankenstein, is a low budget 1973 blaxploitation horror film loosely based on Mary Shelley's Frankenstein. It was made in an attempt to cash in on the success of Blacula, released the previous year by American International Pictures. However, Blackenstein fared poorly in comparison to its predecessor, with most reviews agreeing that the movie was "a totally inept mixture of the worst horror and blaxploitation films".

A variation on a verse from Blake's America a Prophecy appears in Ridley Scott's science fiction film Blade Runner (1982), spoken by Roy Batty (played by Rutger Hauer). This has been interpreted as a way of linking Batty to Blake's mythic regenerative hero Orc. -Wikipedia The brief prologue to Bride of Frankenstein includes Gavin Gordon as Byron, begging Mary Shelley to tell the rest of her Frankenstein story. -Wikipedia

"Bridget Jones's Diary is a 2001 English romantic comedy film directed by Sharon Maguire. It is based on Helen Fielding's novel of the same name which is a reinterpretation of Jane Austen's Pride and Prejudice. The adaptation stars Renée Zellweger as Bridget, Hugh Grant as the caddish Daniel Cleaver and Colin Firth as Bridget's "true love", Mark Darcy." -Wikipedia

"Bright Star is a 2009 British-French-Australian biographical fiction romantic drama film based on the last three years of the life of poet John Keats and his romantic relationship with Fanny Brawne....The film's title is a reference to a sonnet by Keats named "Bright star, would I were steadfast as thou art", which he wrote while he was with Brawne." -Wikipedia

1988's Bull Durham includes a scene showing Kevin Costner and Susan Sarandon arguing over a line ("the road of excess leads to the palace of wisdom") from Blake's "The Marriage of Heaven and Hell." -Wikipedia 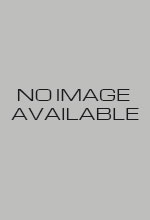 Byron is the main character of the film Byron, by the Greek filmmaker Nikos Koundouros. -Wikipedia

Chariots of Fire is a 1981 British historical drama film. It tells the fact-based story of two athletes in the 1924 Olympics: Eric Liddell, a devout Scottish Christian who runs for the glory of God, and Harold Abrahams, an English Jew who runs to overcome prejudice...The film is also notable for its memorable instrumental theme tune by Vangelis, who won the Academy Award for Best Original Score.

A film on "The lives of the essayist and poet Charles Lamb and his sister Mary." Clouds of Glory: William and Dorothy and The Ancient Mariner

"David Warner as WW, David Hemmings as STC" —A. Richardson "Johnny Depp plays an accountant from Cleveland named William Blake. He travels into a surreal western landscape where he meets a Crow Indian named 'Nobody' (an equivalent of the Crow name with which he had been branded, meaning something like 'he who talks loudly, but says nothing'). Nobody takes him for a reincarnation of the great English poet whose 'words of power' he had read in London as a boy where he had been taken as a captive. This variation of the Frankenstein legend, "suggested by the Mary Shelley story," and set in a brownstone in present day Manhattan, has Robert Vaughn as a determined New York surgeon bringing "parts" home from work -- the hospital where he does experimental research -- to painstakingly rebuild the shattered body of an anonymous patient with organs from various donors. The original title was to have been "The Franken Project," and it was to be the pilot to a prospective series. Filmed entirely on location in Manhattan.